A 3x3x3 LED cube, originally based on Paul Wilhelms project with USB and a lot of new features. An AVR (attiny2313) with V-USB (software USB stack) control a matrix of 3x3x3 LEDs which forms a 3D cube of LEDs. Every LED in this cube can be controlled independently over a simple protocol. Various tools (commandline-tool, 3D OpenGL editor) can be used to create animation sequences or simply use the cube as an XFD device. 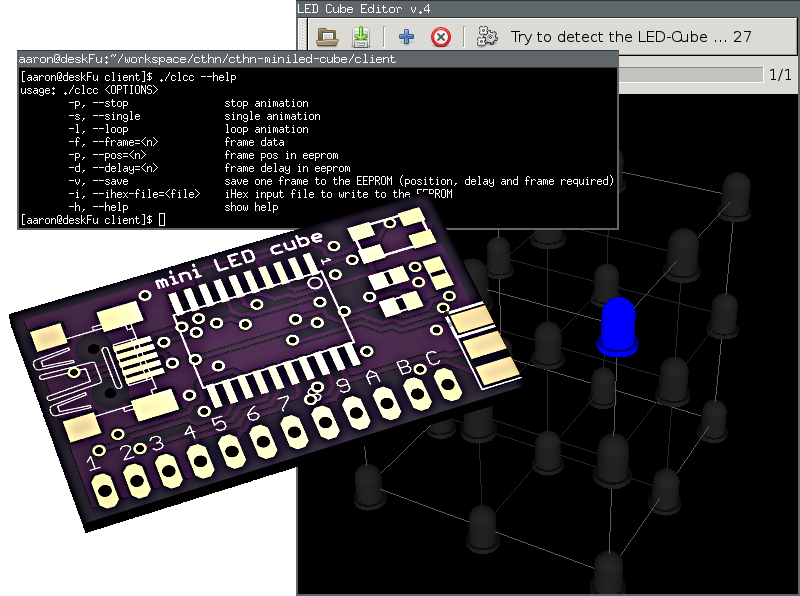 The project consists of two parts: The LED cube and the controller PCB. Both parts can be build completely separate but need to work together.